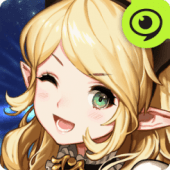 The average rating is 4.45 out of 5 stars on playstore.
If you want to know more about War of Crown then you may visit GAMEVIL support center for more information

All the apps & games here are for home or personal use only. If any apk download infringes your copyright,
please contact us. War of Crown is the property and trademark from the developer GAMEVIL.

After Uru the Creator died, Middeland was divided between Rue of the Virtues and Pia of the Sins.
Pia coveted Rue\’s domain and began a terrible war that ended in her own defeat and disappearance.
But Pia\’s followers gathered strength as they prepared for another war.
Meanwhile, a mysterious bard appeared with a song about a child with the power of both Virtue and Sin…
Here begins the epic adventure of Eshirite, the Child of Destiny.

** This game is available in English.
** Paid items are not available during closed beta.
** Closed beta test user data will not sync at the official launch.

How to Play War of Crown on PC,Laptop,Windows