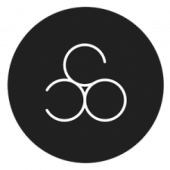 The average rating is 0.00 out of 5 stars on playstore.
If you want to know more about OF Launcher- New Launcher 2016 then you may visit OF Launcher Team support center for more information

All the apps & games here are for home or personal use only. If any apk download infringes your copyright,
please contact us. OF Launcher- New Launcher 2016 is the property and trademark from the developer OF Launcher Team.

Smart, Personalize, Swipe, Let’s use this one finger Launcher!
OF Launcher is doing everything OF your Android home screen which lets you do what you want faster. It allows convenient access to your favorite apps, system settings, switches and all your phone widgets using just one finger.

Join in our Facebook Beta Group to discuss OF Launcher with us:
https://www.facebook.com/groups/631133057064412/
You can search OF Launcher Beta in Facebook

Smart: OF Launcher provides a clean desktop without widgets and icons everywhere. It cleverly organizes your apps to slide-out smart folders and shows them at the home screen bottom so that you can touch every app with just one finger. You can also add more folders and arrange your favorite apps to always be within your reach.
Personalize: While apps never cover or clutter up your beautiful desktop, OF Launcher let you give every smart folder a cover which shows on your phone screen. You can set your own pictures or even stars’ posters as smart folders’ covers, these personalized covers will make your phone stylish.
Swipe: OF Launcher has 10+ desktop gestures including icon gestures, folder gestures, reachable gestures which make you feel fast to use it. You just have to swipe and slide to manage your Android, and the quick access app drawer let you get where you need to go faster.

One finger control features:
– Hold wallpaper to edit your screen shows for current folder’s cover
– Slide left/right to open drawer, slide again to enter manage page
– Create new folders in manage page, click folder name to delete or hide it from prying eyes
– Sometimes the folder name would jump, which means there are more apps below
– Move an app up/down then hold and wait, you’ll be sent there
– Move back to stop, and move apps to another folder easily
– Long tap an application to delete or uninstall it
– Widget: Weather forecast widget, Music widget, shortcut widget, friends, settings and more

How to Play OF Launcher- New Launcher 2016 on PC,Laptop,Windows