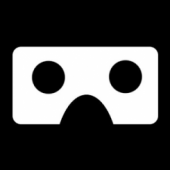 The average rating is 3.36 out of 5 stars on playstore.
If you want to know more about VR 360° 4K Video Player then you may visit Vector VR, LLC support center for more information

All the apps & games here are for home or personal use only. If any apk download infringes your copyright,
please contact us. VR 360° 4K Video Player is the property and trademark from the developer Vector VR, LLC.

View 360 videos and images in an immersive environment! Load up any 360 image or video and view it on your android device. Download and save 360 content onto your device and load it up straight from the app. Only takes a matter of seconds to get your content ready for you to view!

NOTE: There is a known bug with the cardboard SDK. If you tilt your device rapidly or move rapidly the app will crash the next time you try to load an image/video. I have contacted the Unity Cardboard SDK developer and he is aware of it and said they are working on a fix. (Added @ 7:50pm – 1/7/2016).

– Supports videos and images with resolutions up to 4K
– Available video formats are: .mp4, .m4v, .mov, .wmv, .webm, and .mkv files.
– Available image formats are: .png and .jpg
– View content with or without a cardboard device by switching in and out of VR Mode (See pictures)
– Loads videos and images from: Internal Memory, SD Cards, or you can stream it from a URL
– Very Clean and simplistic interface
– FAQ Section with common questions and Feedback button integrated for reporting bugs or giving suggestions, etc.

Device Access:
Control Near Field Communication and full network access
-This is required by Google for the cardboard plugin

There is built in feedback support so if you have any issues or just want to share a cool idea feel free to!

How to Play VR 360° 4K Video Player on PC,Laptop,Windows